Both Nest Cam and SimCam are high-end security cameras with similar advanced AI features. However, SimCam might be a better alternative in some aspects...

False Alerts even with AI

Nest Cam trigger too many false alerts with basic motion detection. Even the person detection in Nest Aware are still not good at distinguish person from natural objects.

SimCam can identify whether a moving object is a person or not 99% of the time - almost zero false alerts.

Who is more responsive?

Nest Cam can delay a notification from a few seconds to minutes, and sometimes even doesn’t alert on motion of people at all.

Stay alert at all times

SimCam processes live video actively with alway-armed AI vision. It alerts you and starts recording immediately when detecting a person.

Who is better at recognizing face?

Nest Cam sometimes fails to recognize a registered face or even misjudges an object as a person face. The facial recognition process usually takes several seconds.

Remember your face all the time

Unlike Nest’s on-the-fly learning, SimCam has been pre-trained with massive database and recognize registered face ID in a fraction of a second.

Thanks to on-device AI and local storage, SimCam never charges a recurring subscription fee for any feature.

Who is more open to hacker?

The Hotspot for Hackers

Tons of recent news revealed the fact of Nest camera being hacked. Actually, this might happen to all security cameras which puts their users’ data on the cloud server. 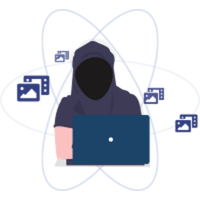 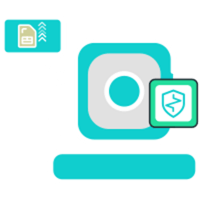 The Scope of Vision

Nest Cam can zoom in to track a person on the move. But the camera itself is placed at an fixed angle.

With the optional gimbal, SimCam can automatically pan in 360° to follow a moving person.

P.S. All the problems related to Nest Camera are sourced from news reports and users’ complaints in Nest community, which are searchable on Google.

It’s about time to change...

Nest Cam is still one of the best security cameras with a 4K sensor, HDR and a sleek-designed APP. However, Nest Cam has serious problems that might put people’s safety at risk. With SimCam, you will get more peace of mind in terms of home security and take home automation to the next level.